Our Vision and Mission

We strive to provide quality courses that are affordable and accessible to everyone in South Africa and our neighboring countries including Namibia, Swaziland and Lesotho. It is our mission to make a difference by providing excellent service, value-adding course content and showing our learners that we really care. We accomplish this by developing unique courses and training material according to the needs identified and using subject matter experts that are well-qualified in their field.

We are committed to adding value while at the same time provide a pleasant learning experience.

To ensure that institutions provide quality approved courses, we need to be registered with one or more Sector Education and Training Authorities (SETA). We are registered with the following SETA’s for our various accredited courses.

Our academic team is close to the heart of the business and as such they are all hand-picked individuals who share a passion for learning, developing skills and opening avenues for education and training.

All our academic staff are experts in their various fields, well qualified and all are SETA-registered assessors and moderators. They are also our friendly learner assistants that will be there to support and guide our learners through the study process.

The Institute of Business Management was established in Pretoria in 1973 after an appeal by government through the Afrikaanse Handelsinstituut for an institution to come forward to do business management training for the smaller independent rural business community. At the time there were no training facilities available to the private sector. The Instituut vir Besigheidsbestuur, now known as The Institute of Business Management, was established for this purpose and conducted many successful training seminars throughout the country over a period of many years.

Charles H Stuart was appointed Chief Executive Officer (CEO) and the first full time lecturer with the Institute in 1973 and through his captivating lecturing ability and strong leadership held that position for many years. In 1978 Charles resigned from his position and left the Institute for greener pastures, but returned in 1982 and moved the Institute to Randburg. He proceeded to restructure the Institute by specialising in DISTANCE EDUCATION and by producing in-house audio visual training programs and training films.

The Institute introduced the Diploma in Business Management in 1995, which was one of the first training programmes to be submitted for accreditation to the HSRC voluntarilly by a private business training institution in South Africa.

In 2011 Daleen Stuart was appointed CEO of The Institute and a new National Distribution and Contact Center was set up in Langebaan – Western Cape. This has proved to be a valuable and cost effective measure in keeping the costs of study courses low. Under her academically accomplished and inspirational leadership, the Institute has undertaken many new challenges with national impact as an official and accredited training provider for FASSET Seta, LGSeta and PSeta in providing quality courses aimed at elevating the critical shortage of trained officials in charge of Public Financial Administration and financial matters in general. 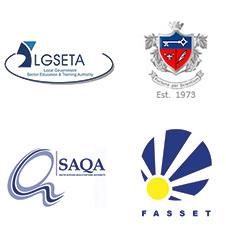